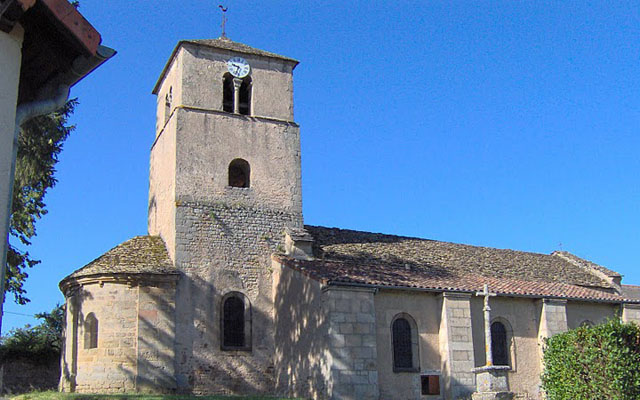 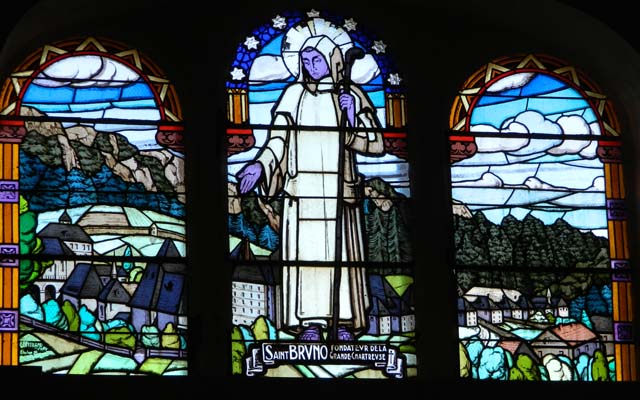 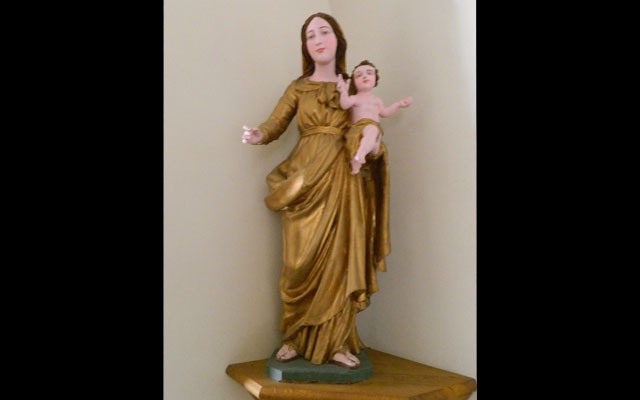 Witness to 10 centuries of social and religious life, the church, now under the patronage of Saint Denis, celebrated on October 9, was probably built in three stages from the early 11th to early 13th.

The Bell Tower and the apse, in Romanesque style, are the oldest parts, while the nave, with its broken barrel vault, is a Gothic style construction.

The 19th century saw the construction of the sacristy (1821) and the addition of the side aisles (1845-1846) that gives the building its current and final aspect.

The menhir
The Christianized menhir (cross placed on the stone) in La Vallée
The washhouse
Built in 1895, the communal washhouse of Buffières is fed by the brook called de Martenin. Located at the crossroads of the RD 41 and 152, the washhouse has been restored recently.
La Faye manor
The opulent manor house of La Faye, a private residence dating from the 19th century, consists essentially of a very short two-storeyed rectangular building under a Mansard style slate roof ; the small south side is flanked by a square tower topped by a pyramidal roof.
Domain « En Vély »
The domain « en Vély » dating from the 18th century consists of a rectangular body flanked on its southern facade of two square dovecot towers. Between the towers, the entrance is protected by a porch extending the roof. This private residence has recently undergone a beautiful restoration.